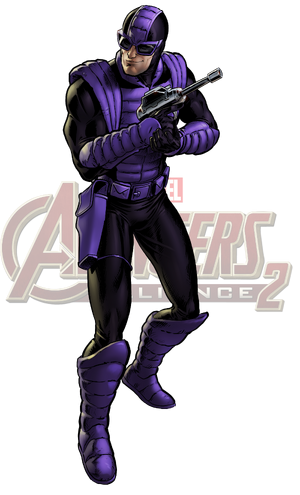 "A hired gun of the highest caliber, Paladin is remarkably well-rounded, boasting incredible physical prowess, hand-to-hand combat ability, marksmanship, and proficiency. Paladin has found himself on both sides of the law, as he's often willing to sell his services to the highest bidder."

"Paladin is a well-trained mercenary who learns from his opponents' moves in battle. Come at him with a melee attack, and he'll resist the next one. Hit him with a ranged assault, and you can expect the next won't hit as hard."

Retrieved from "https://avengersalliance2.fandom.com/wiki/Paladin?oldid=9548"
Community content is available under CC-BY-SA unless otherwise noted.