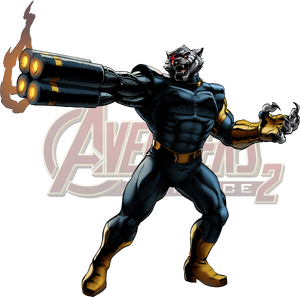 "A cosmic pirate, whose infamy is rapidly beginning to spread, Titus deals in power and secrets on a galactic scale. Few know what his end goals are, but rumors circulate that he may have once been a member of the Nova Corps."

"Thanks to his cybernetic enhancements and combat training, attacking Titus only gives him the information he needs to zero in on his targets. And when he roars, his Frenzied state drives him to greater damage and extra attacks."

Retrieved from "https://avengersalliance2.fandom.com/wiki/Titus?oldid=9615"
Community content is available under CC-BY-SA unless otherwise noted.